Get Latest Price>
Contact Now
You can manage your favorites in member center.
Favorites


POM(Polyformaldehyde) is a engineering plastics of non-side-chain, high density, high crystalline and linear polymer, which is praised "Plastic Steel", and has comprehensive excellent performances, such as: Wear-resistance, high hardness, anti-impregnant, good rigidity (Tensile modulus of elasticity), chemical stability, isolation resistance and dimensional stability. POM has widely applied in Automobile industries, electronic and electric products, commodity, pipeline & fittings, exact apparatus and so on, which can be instead of the bronze, Zinc, tin and other metals.

Except POM-H is often copolymerized with ethylene oxide together, in order to avoid the melting of POM material in the high temperature. POM-H has the better performances than POM-C in its high crystalline, mechanical strength and rigidity. And POM-C has the better performances than POM-H in its low melting point, temperature stability, fluxion characteristic and machining capability.
Father more, POM-H+PTFE, which is made from the Delrin POM Resin that maxed Teflon fiber symmetrically, has the low co-efficient of frication, good lubrication, wear-resistance, non-creepage resistance.

Automobile industries: POM has a large application in car industries, because the mechanical parts made by POM, which has the advantages of high mechanical strength, high hardness, good wear-resistance, low co-efficient of friction, easy to maintain, reducing cost and so on, can be used in cars instead of coppery half stalk and planet gear. It not only saving copper materials, but also improving service life. At the engine fuel system, components for hose valves and case cover of radiator, cooling fluid's standby case, water valve, oil box' cover, pump impeller, shell of gasification machine and accelerator pedal and so on.

Agricultural machine: Part of manual sprayer, joint and transport part of seeder, parts of milk machine, shell of irrigation and drainage, valve, joint and bush of water and so on.

-Escrow protection on every order 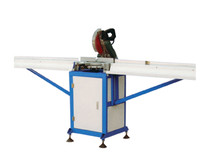